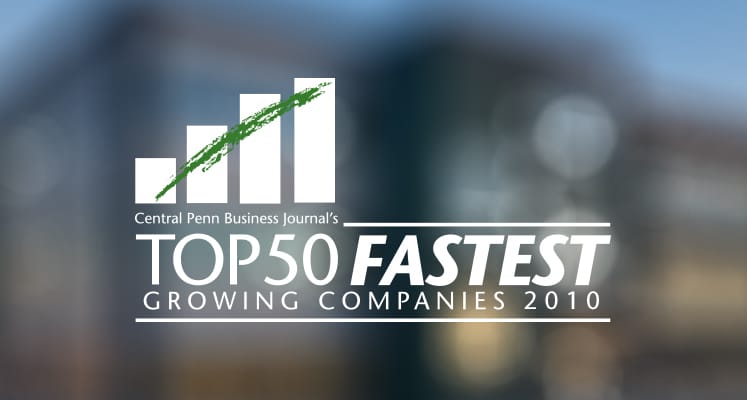 In order to be eligible for nomination, companies were required to show revenue of at least $500,000 in each of the fiscal years ending 2007, 2008 & 2009 and show revenue growth for 2009, as compared to 2007. Eligible companies had to be for-profit entities (public or private) headquartered in Adams, Cumberland, Dauphin, Lancaster, Lebanon, Perry or York county.

An event was held on Sept. 16 at the Hilton Harrisburg to recognize the winners and announce their ranks. In addition to the awards breakfast, the Top 50 Fastest Growing Companies will be profiled in a special supplement to the October 1 issue of the Central Penn Business Journal, with a complete list of honorees published in ranked order, along with information on each company’s financial growth.