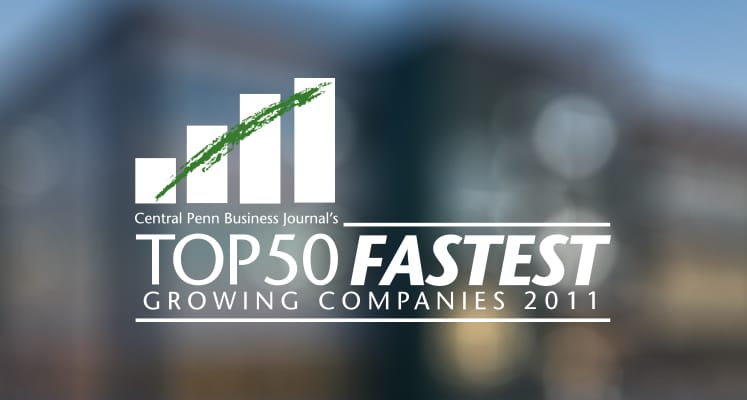 (Lancaster, PA) –Continued success and growth has led to Clark Associates, Inc. placing 2nd in the Central Penn Business Journal's annual list of the fifty fastest growing companies in the Mid-state. Last year, the company was ranked 6th, and has moved higher up the list every year since 2009 where the company placed 11th.

Strong performance from all of the company's divisions, including its Cash-and-Carry Restaurant Stores, e-commerce division, WEBstaurantStore.com, and the equipment divisions including 11400, Inc. and Clark Food Service Equipment among others, has contributed to the continued success.

Much of this strong performance can be attributed to the company's dedicated, hard working employees. Without their constant innovations and drive to succeed, Clark Associates would not be able to grow in spite of the challenging economic climate.

In order to be eligible for nomination, companies had to be public or private, for-profit entities headquartered in Adams, Cumberland, Dauphin, Lancaster, Lebanon, Perry or York County. They were required to show revenue of at least $500,000 in each of the fiscal years ending 2009, 2010, and 2011; then demonstrate revenue growth for 2011 as compared to 2009.

SF&Company calculated the nominations and then ranked the companies according to revenue growth over the threey-ear period. Both dollar and percentage increases were taken into consideration, which led to the list of the 2012 Top 50 Fastest Growing Companies, consisting of both large and small companies.

The “Top 50 Fastest Growing Companies Awards” are a program of the Central Penn Business Journal and is presented by SF&Company. Other sponsors include: Comcast Business Class; Comcast Spotlight; Eckert Seamans; Highmark Blue Shield; Sauvé Consulting Group and The YGS Group.

Clark Associates is a privately held company headquartered in Lancaster, Pa and has been recognized as one of Central Pa's fastest growing companies. Employing over 600 people, Clark’s multiple divisions and branches in mechanical, sales, and manufacturing serve a variety of commercial food service customers nationwide. For more information on our business and history, please visit www.clarkinc.biz.